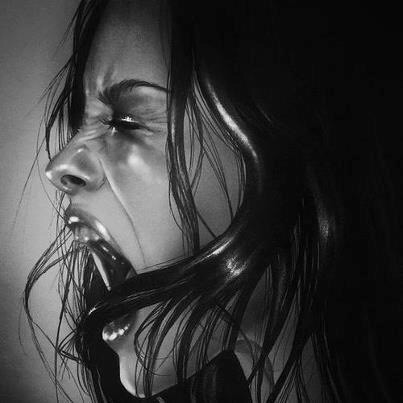 Credit: I have no earthly idea but if you do, let me know.

We have ALL felt this way before. I will to to keep this short but you know how I LOVE to write when I have other things to do. I have shared with you all lately the things I have been going through, including my post “This is the part where I start taking over”. (Which I removed, then put back up because it tells a story and I’m trying not to feel ashamed) A friend recently read it and said, “whew, it’s good, but I hope he never reads that or he’ll feel really small.” When I felt pleased that she thought it would make him feel small or hurt him, I knew…

CRAP. I must be really pissed at myself

I sent my pain out into the universe, knowing that maybe one day he would come across it, or feel the anger I was sending to him intuitively. I was hurt and blaming him for my pain. That’s not the person I aspire to be. The truth is, I’m not perfect either. Our relationship moved at lighting speed and we should have taken things slower before I jumped in the deep end with an already established family. I felt like I failed, AGAIN. I already felt like a failure for my marriage falling apart. In the previous post I spoke about my ex-husband like he was a saint, and for much of our relationship he was. But at the end, he metaphorically lit everything on fire. He was spiteful and cruel, using every possible insecurity he could. That wasn’t my friend. My friend had left our relationship months before it ended and I hadn’t even realized.

My current/past/complicated relationship is highly emotional and confusing. I’ve never dealt with that level of connection in a relationship before and felt very unprepared. At the same time, neither one of us seemed able to live with each other. I feel less trapped now and back in control of my life and my surroundings. I meant

This is definitely the part where I start taking over

The post I wrote before was driven by my own temper, which in my mind, clouds your judgement and dampens creativity since it only tells part of the story. I felt empowered by contempt at the time, but I realize now that it’s not my only emotion and I have no absolutes or total clarity yet. I personally felt, in that instance, it was not a good thing. I don’t want to cast stones, even if I was hurting. So readers, please, accept my apologies, I’m not hurting like I was. Maybe there will be a redefined future for us, and maybe not. Either way, I will be ok and stand for what’s important to me. It took a friend to say what she said for me to realize how intense it really was.

Anyone who has an emotional reaction to one of my paintings, knows how I felt when I painted it.” Painter, Mark Rothko

Maybe some of you were able to relate to how I was feeling in that post, if so, thank you for understanding. However, my goal of this blog is not to be angry or blame anyone for my own emotions. Sometimes I will bring you with me as I process things. The original intention was not to be condescending towards him but open about my own pain. I had simply wanted to empower myself to feel confident in my choice to move out because I was heartbroken. Well, it worked. I did what I need to, propelled by anger, determination and self preservation. Has there been a time recently where you allowed your temper to guide your creativity and wished you had given it a little time to develop first?

There’s been an overload of carbs and cheese lately, believing that my pain could be smothered in cheddar and deep fried deliciousness. Unfortunately, then I realize I feel even less motivated to do anything and trapped by my obsessing thoughts because I’m about to birth a food baby.

Then the tears come marching in, which momentarily leads to a full blown ugly cry. Time to call in the troops. At this point I usually spend the next several hours verbally processing with my support system. I laugh, cry, vent, blame and ultimately, accept my current choices. I really couldn’t get through this without them. It allows me to see different perspectives and pull myself out of the dangerous nostalgia that consists of failed expectations. I have had countless conversations filled with gratitude, love, appreciation, valuable insight, support, empathy and connection. My tears are short lived with so much love from all directions.

Tonight I needed more of a distraction than just conversations. My ex wanted to come drop some things off I left behind and I refused to see him for now. It took a lot of energy to resist and I needed another relationship to fill the void, but nothing intimate or romantic. I went to a friends house that has a family full of humorous, rediculous, entertaining interactions and a giant trampoline in her back yard. We chatted about big topics while I happily jumped my heart out like a bouncing Tigger. She knitted me more of my “love blanket” like a caring mother  and her 22yr old son joked that he was going to infuse it with a little judgement in order to balance it out.

Me: Don’t infuse judgement, now it has to be cleansed.

22yr old: Well, your writing is like that lady that wrote that Eat.Joy.Fuck book.

Me: You mean Eat.Pray.Love? Your name represents an entirely different book.

22yr: Yeah you write like her but there should be a book called Eat.Joy.Fuck

Me: Have you even read that book?

22yr: I’ve read pieces and a synopsis of it. I get the point.

Me: Well, thanks for sharing.

So, yeah, that’s been my night. It was gloriously imperfect and totally inappropriate. I loved every minute.